The RPBA in Central African Republic (CAR), adopted by the government as the National Recovery and Peacebuilding Plan (RCPCA), was initiated by an April 2016 government request. A scoping mission was conducted by European Union, United Nations, and World Bank in May 2016, followed by support to government through a core team comprising representatives of the Joint Declaration1 partners, the African Development Bank (AfDB), and the French Development Agency (AFD). Priorities for addressing recovery and peacebuilding were assessed against three priority pillars: (i) support peace, security and reconciliation, (ii) renew the social contract between the state and the population, and (iii) promote economic recovery and boost productive sectors. An aid architecture was proposed based around mechanisms for coordination and dialogue, financing instruments, and monitoring and reporting systems.

The assessment was adopted as the government’s National Recovery and Peacebuilding Plan (RCPCA) 2017 – 2021, and was presented at a conference in Brussels in November 2016. The conference attracted over 80 delegations, and featured side events with civil society and the private sector. 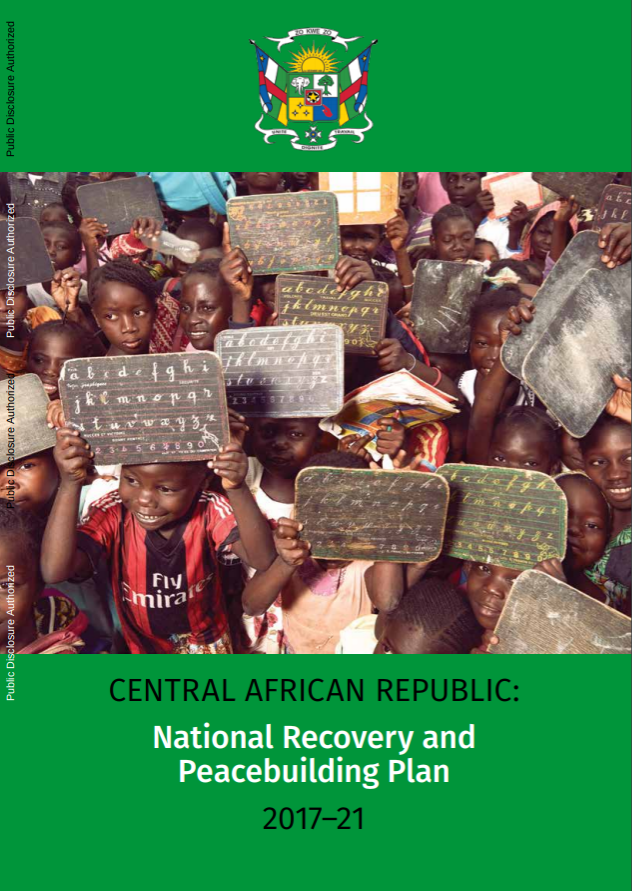 The RPBA in Central African Republic (CAR), adopted by the government as the National Recovery and Peacebuilding Plan (RCPCA), was initiated by an April 2016 government request.

The RPBA in Mali, called the Mission d’évaluation conjointe (MIEC), was conducted under the Agreement for Peace and Reconciliation signed by the national government and armed groups in May 15 2015. The MIEC in northern Mali was launched in July 2015, and covered the impact of the conflict in the country’s northern region. The MIEC identified needs and priorities, as well as related costs, to ensure a rapid recovery, address poverty, and promote development.

The Ukraine Recovery and Peacebuilding Assessment, the Ukraine RPA was conducted between November 2014 and February 2015 in response to a Government of Ukraine request to assess and plan recovery and peacebuilding efforts in the conflict-affected regions of eastern Ukraine.